Many scientists quickly reject the claim that crystals have healing properties . In fact, much research has already been done on this subject ... And of course, skeptics are systematically ignorant of the results of this research: it is a classic.

Many have already heard of the fact that the crystals heal, that they allow to see the future (divination) and thanks to certain films, we also know the legend  of crystal skulls.  These famous skulls that contain information on the mysteries of the universe. (By the way these crystal skulls were analyzed by the Smithsonian Institute in the United States)

However, how many of us really understand how crystals can store information ?

Among the types of existing crystals, the most remarkable and most popular is probably rock crystal. Quartz is known as the "master healer" because of its ability to heal many ailments.

It also keeps and stores huge amounts of information for future use. Moreover, British researchers have managed to store information on quartz crystal with a lifespan of nearly 13 billion years .

If you are still skeptical about the capabilities of quartz crystal, you will certainly want to consider the following:

The LCD, of course, means LCD display . Yes, crystals are used in the screens of many electronic devices. Although light-emitting diode (LED) displays are becoming more and more popular, LCDs have been the standard model so far ... And this is just the tip of the iceberg.

The most telling point about the power of quartz crystals is how microchips work. Of course, microchips are used in all kinds of modern technologies, from mobile phones to computers, rockets and missiles.

It's the chip that has revolutionized the world of technology, modern computing, and space travel. And of course the chips are made in ... Quartz!

As mentioned earlier, British researchers have managed to store information on quartz crystal with a lifespan of nearly 13 billion years.

Silica dioxide is a natural element used in electronics

Silica dioxide has been known for thousands of years. It is a constituent of sand and is most often found in nature in the form of quartz. Surprisingly, quartz is also found in many living biological organisms.

Silica dioxide is an important component for the operation of computers and similar electronic devices. In other words, if the quartz crystal did not have the capacity to store large amounts of data, you would not have the technology to read this article.

On this subject, you will certainly be surprised to learn that it is possible to store information in a quartz crystal using our intention , and that this is already done by computer technology to store data.

Marcel Vogel was a leading researcher in luminescence

Marcel Vogel was a researcher who worked for the IBM research center in San José for 27 years . During this period, he obtained 32 patents for his inventions, including a magnetic coating for 24-inch hard drives, phosphor technology and liquid crystal systems.

Marcel left IBM after 27 years to conduct more scientific research on the properties of quartz and obtained more than 100 patents after his departure . Marcel's work is not to be taken lightly. He has received an honorary doctorate for several inventions, innovations and papers documenting his research.

In collaboration with Dr. Peter Pringsheim of the University of Chicago, Marcel Vogel has published the famous thesis of luminescence in liquids and solids and its practical application. Based on his extensive research on what might be called the physics of the ether, Marcel developed what is now known as the Vogel-shaped crystal .

Classic images of diamonds and crystals, such as the one presented above, show the geometric structure of the Vogel form. His research led him to conclude that this geometric structure caused the flow and accumulation of life force energy beneficial to health in the form of negative ions .

This same geometric structure is found throughout the world and perhaps more particularly associated with the shape of the pyramids. This, of course, is related to the field of sacred geometry and goes further than the subject of this article.

Vogel's research on the incredible power of such geometric shapes has been corroborated by many others, such as Dan A. Davidson, who has conducted 35 years of research into the power of forms and the physics of ethers, and which has led to to similar results, if not identical conclusions. This research has been documented in his book that you will find here .

The crystal is a neutral object whose internal structure presents a crystalline state of perfection and equilibrium. When precisely adapted to the appropriate geometric form and the human mind enters into a relationship with its structural perfection in the vibration of love, the crystal emits a vibration that extends and amplifies the power and understanding of the mind. of the user. The intention of imagined thought is amplified. - Marcel Vogel

(To get French subtitles, click on the small wheel at the bottom right of the video player, choose "subtitles", then auto-translate, then french).

In the documentary video Crystal Visions, you will find analyzes, more advanced scientific observations concerning the research of Marcel Vogel on the science of the crystals. It's a superb documentary.

In this documentary, the late Michael Gienger, who has studied crystals for over 25 years, first gives some information on the mythology of crystals before unequivocally proving that crystals do indeed have a healing effect on humans.  especially on their energy field.

To do this, they connect people to a computer that uses software that measures changes in the subject's energy field in real time. The demonstration clearly shows the changes to the auric field (aura) by simply placing a crystal on the back of someone's hand. Of course, this also concerns the so-called chakra system used by the human body, which can technically also be detected and confirmed in the same way.

In the documentary, researchers describe how sacred geometry applies to crystals and also address the nature of the etheric and human astral body (energetic body), although they do not explore this subject for obvious reasons.

Dr. Masaru Emoto and the crystal of water

The late Masaru Emoto is another scientist who has done a lot of research on crystals and has also confirmed and corroborated the findings of these researchers. Dr. Emoto's work has become extremely respected lately, especially since the last discoveries in quantum physics.

Mr. Emoto did not conduct research on gemstones directly but on the crystals that form during the crystallization of water. Mr. Emoto discovered that the snowflakes have a natural geometric structure and that there are no two identical snowflakes.

Mr. Emoto concluded that if snow is made from water, it should also be able to form geometric structures. He then conducted research on this phenomenon. What Dr. Emoto discovered was staggering. He discovered that the vibrations of words, sounds and frequencies have a direct effect on the geometric structure of water crystals .

Other experiments were conducted using human thought, prayer and intention, and the same results were obtained. It has been found that human consciousness, prayer, and intention have a direct effect on the crystal composition of water molecules.

Scientific discoveries on healing by crystals

In conclusion, decades of scientific research and experiments on various types of crystals and other natural geometric structures clearly show that crystals have healing effects on humans. But also that the crystals are affected by the intentions that one emits.

The evidence shows that it is indeed possible to focus its intention on quartz crystals in order to "print" information. But we can do the same with the water we drink and most likely with the food we eat and potentially everything around us.

The real proof of the healing power of crystals lies above all in their geometric structure which causes the accumulation of negative ions favorable to health. Moreover, negative ions are already used in other well-recognized modern therapeutic areas.

You will find many crystals on this page of our shop . These are fabulous tools that can help you find your balance but can also allow you to develop your faculties such as your intuition for example.

Please, share this article if it interested you, it is by spreading this information to the greatest number that more people will be able to become aware of the power of stones & crystals and to use them to improve their life. 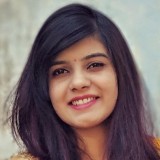 great article! Thank you for mentioning some great resources.

Comments will be approved before showing up.